Office Nap Pods: Is it a silly fad or the secret to productivity? 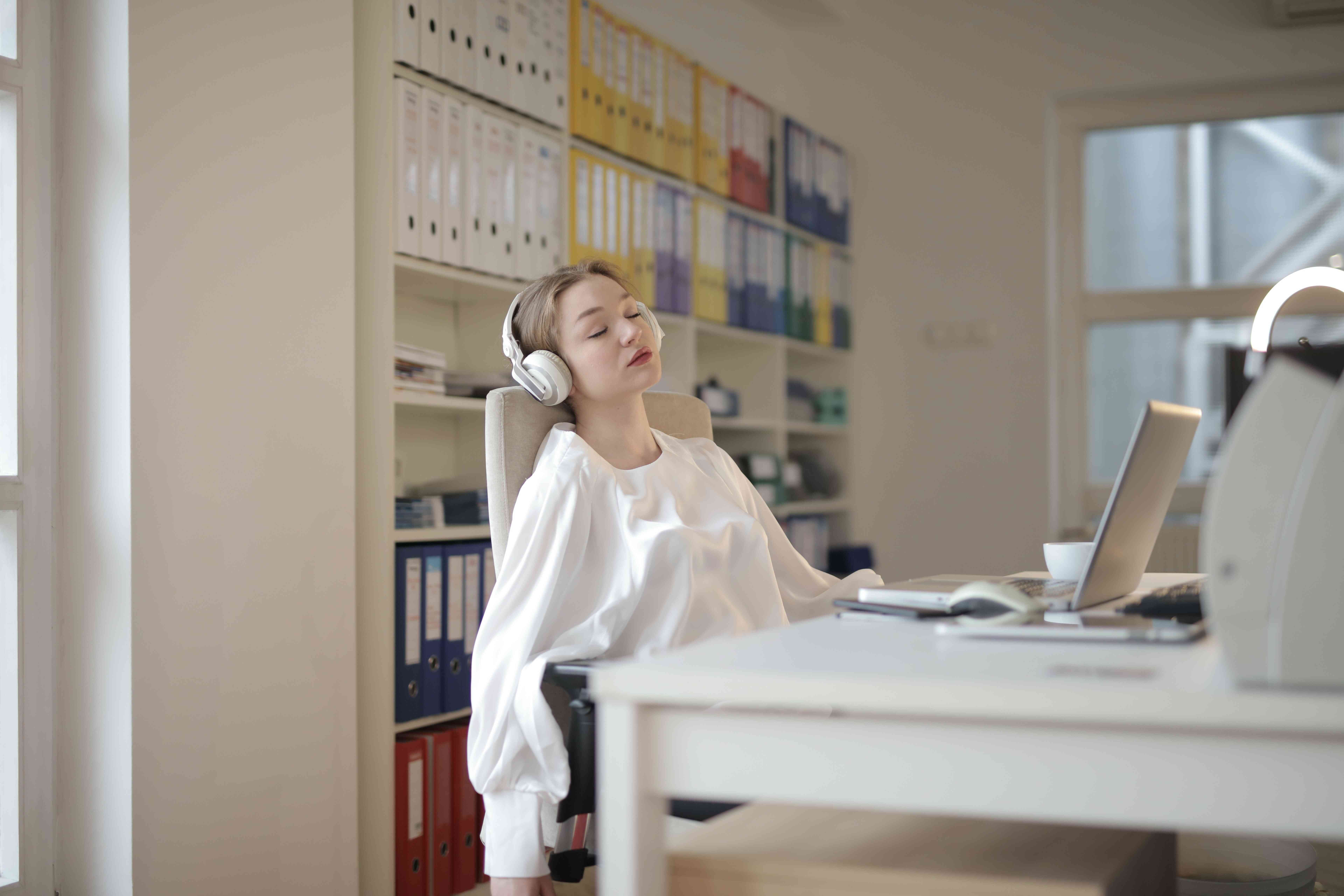 The Mayo Clinic recommends that adults receive seven or more hours of z's every night for optimal health, although many individuals admit that they usually get less sleep than this. Due to this disparity, lack of sleep has become the most significant health concern of this day and age, with severe repercussions for productivity in the workplace. Sleep deprivation is not only bad for your employees' health, but it also reduces their efficiency, costing you money. Lost efficiency due to lack of sleep amounts to around 3% of GDP annually.

It increases productivity, and it's good for morale if workers can take a short nap throughout the day, but it also helps them get closer to having a sufficient sleep. This will not only give them a better mood and make them less stressed, but it will also enable them to provide more of their skills to your company. Nap time is essential for getting back into the creative flow and getting things done.

What Are Sleep Pods Or Nap Pods At Work?

The purpose of nap pods, which are huge pieces of furniture, is to provide the peace and quiet necessary for employees to take a quick nap throughout the workday. Some variants have built-in speakers for soothing sounds, timers, and other features.

There are essentially two basic layouts for nap pods. The first design has a big dome that you can pull down over the user's head to create a dark, private nook. These loungers are more like a power nap chair than a bed due to their zero gravity position, yet they are nevertheless very pleasant for daytime napping.

It's no secret that high-tech creations are rather costly. A single office sleep pod may cost up to $12,000; however, most firms recommend getting in touch for a more accurate estimate.

The second one looks like a Japanese capsule hotel with private sleeping pods so employees can rest in full privacy. Relaxation is easy on the mattress and pillow provided in these pods.

What Benefits Do Power Naps And Nap Pods Provide?

Nap pods provide workers the rest they need to give their all on the job. This involves being at the top of one's game in terms of learning, making choices, paying attention, and remembering information.

No one works at their best or is most creative when sluggish. Allowing workers some sleep time throughout the day may improve their alertness and critical thinking, leading to fewer errors, higher quality output, and happier workers.

Optimized sleeping conditions involve low temperatures and complete darkness and silence for some. Having a relaxing place will help you get some shut-eye without being disturbed.

It's best to slumber in a quiet, undisturbed area. Some workplaces provide nap pods or small lounges where employees can get shut-eye and recharge.

Many employers still frown upon afternoon naps, but attitudes are beginning to change. Hopefully, more corporations and countries will take a cue from tech giants like Google and Facebook and start providing perks like sleep pods for their workers.

Japan has made huge strides to work against toxic productivity, cutting down to 4-day work weeks in some cases and installing nap pods. The results show positive effects, and you'll find that workers still work incredibly hard, if not harder. More importantly, they work better.

The Googleplex is stocked to the brim with fascinating gadgets. So, where do Googlers get their energy when they need to work late? With nap pods, of course!

Nappers are lulled into a light slumber by specially composed sleep music and the ergonomic chair, which lowers pressure off the cardiac system and relieves strain on the lower back. The EnergyPod gently vibrates to alert you that podtime is over and it's time to get up and around.

According to MetroNaps, the EnergyPod makes the much-needed 20 minute naps throughout the day possible. Employees can get some shut-eye in the EnergyPod and stop sleeping on the job. It costs around $8,000 for an EnergyPod.

Tony Hsieh, CEO of online retailer Zappos, believes that a 20 minute power nap for employees may increase their productivity throughout the workday and has been a vocal advocate for this practice. There's a special sleep area in the office where employees may take a break. Its Las Vegas offices have massage chairs surrounded by an aquarium (dubbed "The Tank") instead of the usual office pods.

There are fish and coral in the aquarium, which is 25 feet in length and can hold 3,500 gallons of water. Relaxing on massage chairs while watching fish swim between colorful coral reefs and stunning marine life is a perk for employees. The aquarium assists the staff in winding down and getting some shut-eye.

Nike's Oregon headquarters has quiet, spacious places set out for workers to take a nap at work or practice mindfulness. The sportswear giant also allows workers to choose their own schedules, determining when they are most productive. According to a post on the Nike+ Run Club site, individuals and athletic teams shouldn't sacrifice their sleep rhythm for exercise but instead should aim for seven hours of night's sleep and a well-rounded lifestyle.

Sleep rooms are available for employees at the ride-sharing company's headquarters in San Francisco. Studio O + A, a business specializing in interior design, conceived and oversaw the creation of these.

Because Uber is notorious for its legal fights, the business charged Studio O + A with designing a space for the regulatory-warfare-prone corporation that would be so conducive to work that no one would ever need to leave. Studio O + A gave dedicated nap rooms for disconnecting and napping in addition to a living area and kitchenette.

The wellness room at Thrive Global is fully equipped with a Metronap nap pod and a nursing area for nursing mothers. The nap pod, which has noise-canceling headphones and a privacy visor, aids Thrive employees in recharging if they are, say, if they just came from the airport and only had nap like sleep.

The Future Of Napping At Work And Nap Pods In Offices

The productivity gains from naps are estimated to be in the billions of dollars annually. With the resumption of normal social activities, we may finally put an end to the taboo surrounding sleepiness during the day.

Providing workers with the resources they need to be well-rested begins with establishing rest areas inside the workplace, such as sleeping pods for offices or nap pods. By treating sleep at work as an asset for workers, we may expect to see a more contented and productive workforce.

Furnishing an office space can be a daunting task. Our Office Furniture Buying Guide breaks the process down into 5 phases with clear actionable steps that will help you design a space you love. 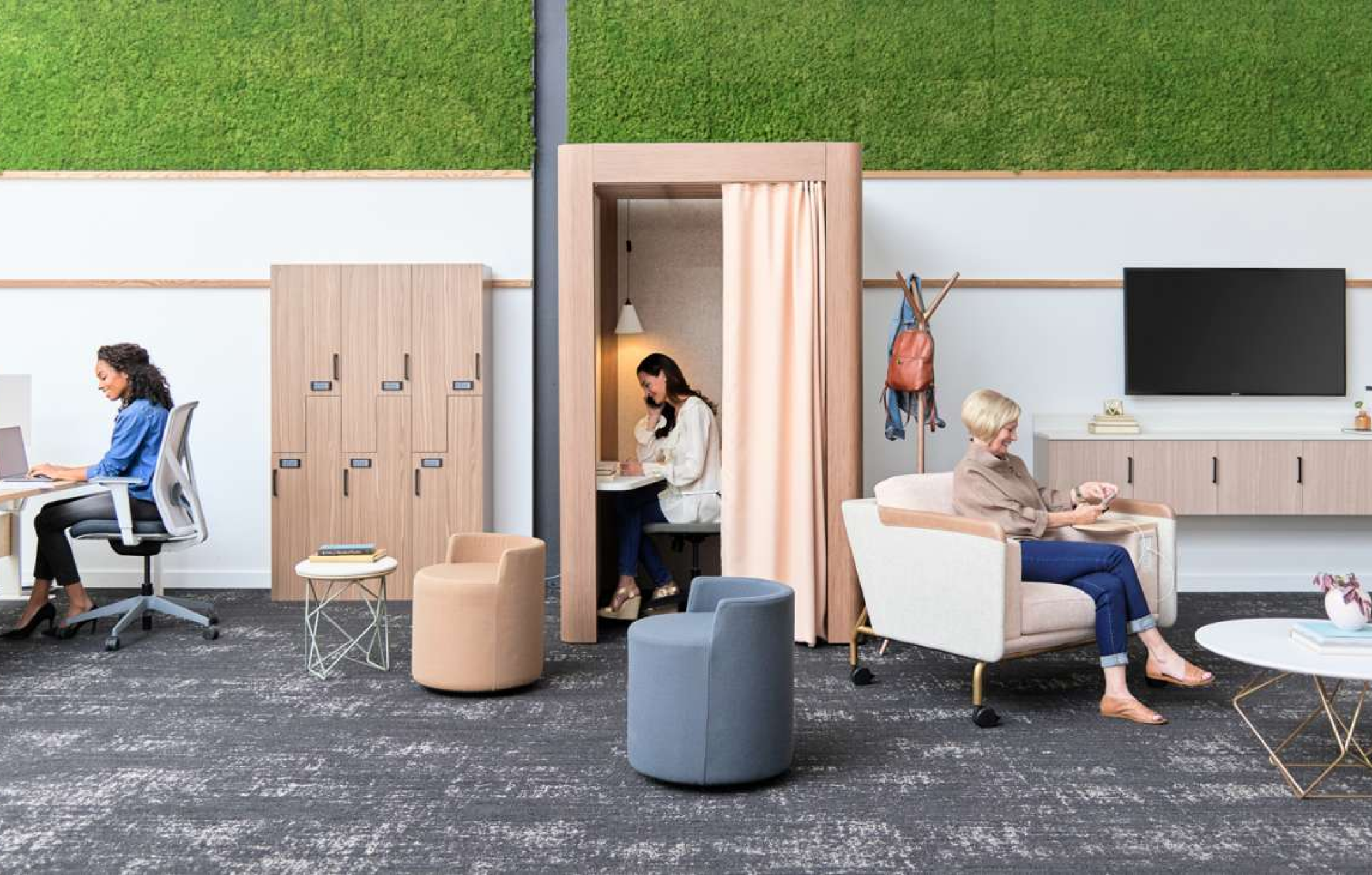 Love The Space You Work In